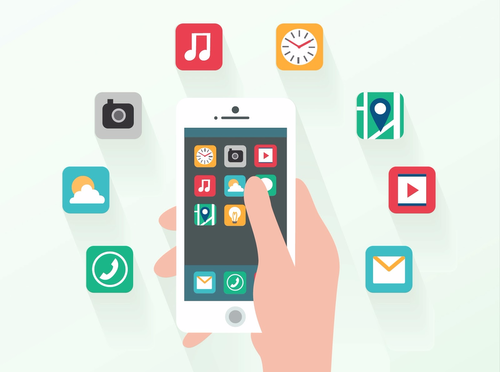 Every mobile developer has to face the rather harsh situation on the mobile market today. As of June 2016, there are over two million applications and games launched on the Apple's App Store. It's hard to imagine how many apps and games have been released for other platforms, but if you take a look at the hard data, you will find out that there are over 6 million apps total released for the modern mobile platforms, which is a crazy number if you think about it. This means that the average app doesn't make any money at all – on average every iOS developer would get around 25,000 USD, but in truth only 3% manage to profit from their hard work.

That's why we would like to share a few examples of how you can promote iOS apps and games on your own to hope to attract the target audience and start making money from your hard work. Trust me – hoping to save enough money to invest into a marketing agency might be a sound plan for some developers, but when you're running on a tight budget, it's not an option – and even if it is, you can try to help.

Read on to learn more about iPhone app promotion methods available to you.

Optimizing the app page for better indexing with search engines is always a great idea, especially when it can make a major change for those who can't afford professional mobile marketing. By researching the relevant keywords and using them in the app description and tags field you can potentially increase the flow of traffic to your app page and thus increase the download numbers and start making money from your hard work.

Of course, it's not so efficient unless you pull it off right. Consider following these guidelines to get the best results:

Localizing an application or game is important for marketing of iOS apps. You can promote your application or game this way while expanding the target audience significantly. Consider supporting the following languages as soon as you can afford the localization services: English, French, Italian, German, Spanish. You can use freelance translation services to get the best quality for an affordable pricing.

Incentive traffic can be used to speed up the natural order of things and promote iOS game or app through downloads, reviews and ratings. You can order it from a marketing agency for a rather affordable price. Remember – sometimes it's necessary to give your app a slight push to get things rolling. Sometimes a few hundred or thousand of such downloads during the first few weeks can easily change the situation for a small app or game.

Did you know that the quality of your app can be used as a promotional tool? Well, it can – by making a nicely-optimized and non-buggy app you can make sure that the users who give it a try end up being satisfied by what they're actually getting. Consider taking a few additional weeks to test things out and see if you can improve it in any way. Ask your friends to test it too – it's important to do it, because sometimes even the best developers tend to forget about old bugs and undocumented issues.